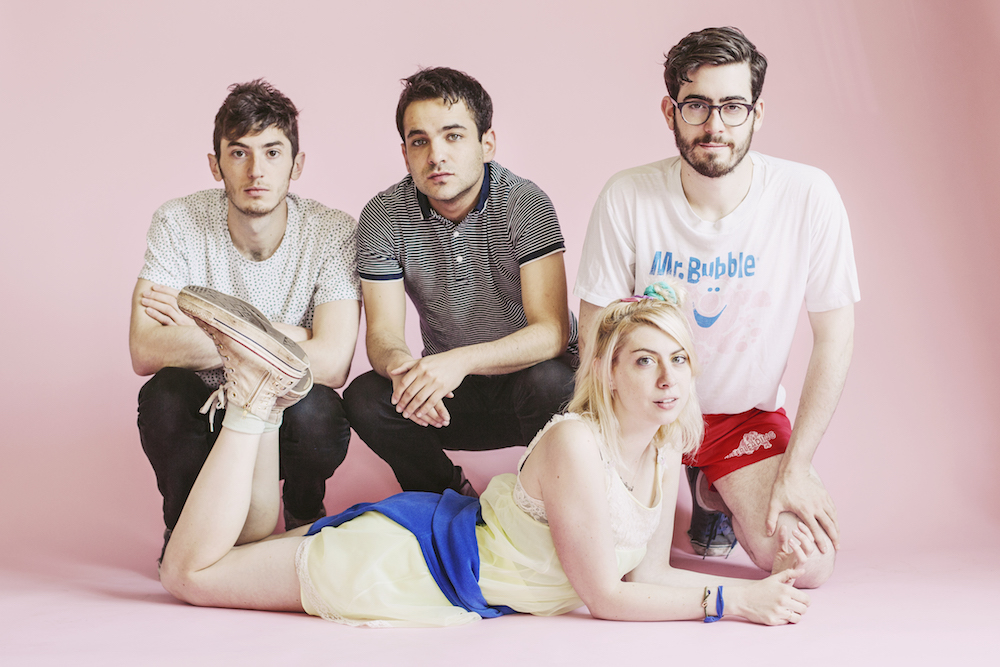 This review originally appeared in The Penmen Press on May 10, 2017

On their debut, full-length album Guppy, New York band Charly Bliss delivers sticky sweet hooks with a sneer, backed by crunchy riffs and buzzy leads straight out of the best of Weezer’s catalog.

The band wastes no time on the fiery opener “Percolator.” The trotting piece of fuzzy indie-pop is youthful and energetic. As singer Eva Hendricks wails, “I’m gonna die in a getaway car,” one can easily find themselves itching to sing along.

“Black Hole” is a song about being stuck in an abusive relationship and the struggle to get out. “She’s got her toe in a cornhole/ Bleeding out in a snow cone,” Hendricks croons over guitars uneasy that go from delicate to more and more aggressive each time the bit is repeated.

The grungy “Ruby” is an ode to Hendricks’s therapist who helped Hendricks get over a fear of fainting. The anxiety-ridden image of “Guardrail, taking the stairs/ Passed out on the subway with blood in my hair” is juxtaposed by the casual ease of the chorus’ “She’s pro, I’m not that bad though.”

It’s times like this when Hendricks lets her charisma take center stage that Guppy shines the brightest.

Charly Bliss has seen some much-needed polish between this and their last few short-form releases. On Guppy, arrangements are denser and more layered. The high-pitched squeaks that often plagued Hendricks’s vocals are gone. And most importantly, the chemistry the members have is made more obvious.

On the short tack “Gatorade,” Hendricks’s voice is flanked by lush vocal harmonies. A distorted synth-like guitar lead that would sound at home in a Jeff Rosenstock song brings the track to a triumphant close.

Guppy can feel like its suffering an identity crisis. It’s easy to pick apart the band’s influences. It’s not hard to hear bands like the Smashing Pumpkins and the Pixies in their songs. However, I’m sure Hendricks would take a comparison to Kim Deal as a compliment.

Charly Bliss has taken a big step forward in setting themselves apart from the new wave of fuzzy pop-punks they belong to. Guppy is an energetic and bubbly package that takes on youthful topics like love, sex and ice cream with enough sass to keep things interesting.